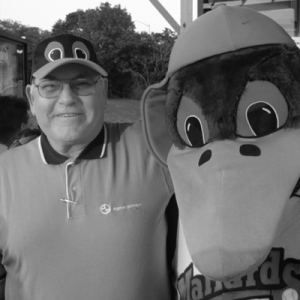 Mr. Bill passed away in 2008, a few months before his scheduled retirement from PJ. He started in 1985, serving most of his years as branch manager in Fenton.

Mr. Bill lives on in these quotes from PJ’ers, the competition and in his own, only-Bill-could-get-away-with-it expressions.

Bill was a special person with special talents that can never be taught, documented, replaced, or properly eulogized. After his self proclaimed “born again” attitude change, Bill became a master of loving everything he did and everyone he dealt with.

Bill had the most pleasant and upbeat attitude of anyone I have ever met. He would start out by calling our receptionist and saying “Hey younger than me” even though she was not younger than him. The receptionist said you could just hear the smile in Bill’s voice and, with his wonderful attitude, he made her day.

His interaction with friends, business associates, customers, and family all became part of a wonderful, happy experience that left everyone feeling a little better about life.

Rich Theiss said he would come in every morning - religiously and never forgot - to stick his head in the door and say “Morning, Darling!”