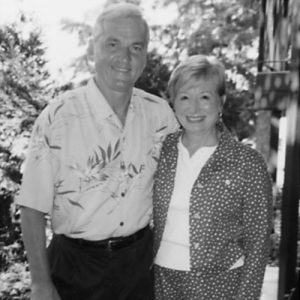 If PJ has a George Washington, it’s Gary Sorg. As president, he aggressively drove sales, invented systems light years ahead of other distributors and engineered “Sorg’s March to the Sea”, gobbling up floundering Twin Disc distributors.

Gary retired in 2004, then served as a consultant for two years. His spirit is nicely captured in this poem which was read at his retirement party.

Twas the night before month end, all the branches were dark
That is except Windsor, where Liza was parked.
“It kills me” she said, “this month will be closed”
“But wait, here, what’s this!” Palmer Johnson’s been hosed!”

Before her she had the price exception report
And a unit sold somewhere to some unknown port
In a flash she dialed Sorg – “Gary this margin! You wouldn’t believe!”
No one would do this! Not even Steve!
A PTO sold at a straight 6 percent!?!
What is going on here? What’s the intent?

So, up leapt Gary, and he screamed in the air.
“Whoever has done this, you’d better beware!”
This sale shouldn’t happen, the margin’s obscene.
I’m coming to get you, you’ll see what I mean!

So onto procomm, Gary did log.
You’ll regret this! He said, “you flea-bitten dog!”
He inquired and F12ed, late into the night,
Plowing into orders, with all of his might

Then, suddenly, with one final transmit,
“I’ve got you” he cried, “I’ve found the culprit!”
So he raced to the airport and boarded a plane
“I’m coming” he murmured, and winced with disdain.

At dawn his plane finally touched down
He hailed a taxi and slid in with a frown
“I’ll interrogate this guy” he thought “and see what he sings.”
Just then his cab pulled up to Santa Fe Springs.”

The branch greeted Gary, with great alarm
“Don’tworry” he said “I mean YOU no harm.”
“But at a 6% margin, I have no patience left”
“Now, if you would, please point me to Jeff”

So he raced into Jeff’s office, and said with a huff
“Jeff, 6% margin?! What the is this stuff?!”
“You know this wrong, you’ve heard my plea
Don’t you remember, speech six fifty three?”
Jeff, in a state of shock, “Gary, I know nothing”
“6% margin?! You must be bluffing!”

But Gary, so wise, he grew suspicious
There’s something going on here, something malicious
Like a kangaroo, Gary jumped from his chair.
He came at Jeff and started pulling his hair.

The branch gathered round, in disbelief.
“Gary’s gone mad! Someone call the police!”
But Gary kept pulling, true to his task.
And suddenly, something happened, he pulled off a mask.
“Oh my” someone shouted “this guy’s a fake!”
“It’s Harry Allen, it’s the guy from Great Lakes!”

Harry picked himself up, up off the floor.
He has been beaten, he knew the score.
“Yes, it’s me” Harry said, his voice filled with pain.
“Jeff’s on vacation, he’s someplace in Spain.”

Gary smiled, he knew his job was done here.
Then he turned to his foe, and gave him a sneer
“I’m sorry, Mr. Allen, your plan is unwired.
You forgot, my friend, I’m only SEMI-retired!”

Gary, we thank you, for all of your years.
Through good times and bad, and plenty of beers.
You grew this company, and this much is clear.
Without you, Mr. Sorg, we wouldn’t be here.