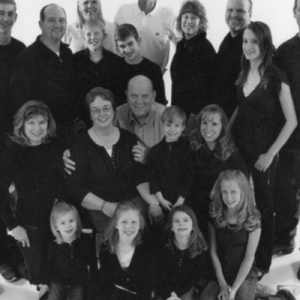 Rich had been with PJ 28 years, leading Fenton's shop for almost 3 decades. First he put the Fenton shop on the map, then he made it successful. Rich was a true blue, passionate PJ guy. He was a marine gear & torque converter wizard, and loved sharing his expertise to help out a colleague.

As important as his work may have been to Rich, nothing touched his family. No matter what you called him for, the conversation would turn to what his grandchildren were up to (I believe he had 10!). And he'd always ask how your kids were doing...he even remembered their names. He was loved by his family and by many of us here at PJ who were lucky enough to have known him.

Before he passed away in 2014, Rich expressed how "blessed" he felt to have had such fantastic, caring coworkers and a company that truly cared. Well Rich, PJ and your coworkers were equally blessed to have had you as part of our family for 28 years. We're so fortunate our paths crossed. Budman, you'll be missed!