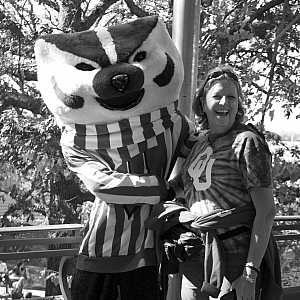 When I think back, what I’m going to remember most were the text messages she’d send, usually beginning with “Hey CP”. Most texts come & go, not all that extraordinary or particularly memorable. But these left a mark. And were almost never about herself. She was texting because she had an idea, a higher purpose, a plan for how we could help a fellow PJ family member who was hurting. Or someone’s spouse needed support through a rough patch. Or she was feeling that morale needed a kick due to rough economic times, or an illness, or worse.

Venus genuinely cares about PJ. And in talking to her, that hasn’t diminished despite all the change, despite the fewer numbers of the original PJ’ers working beside her. She cares equally for the future of PJ, the “next generation” as she calls it.

Well, Venus, since November of 1986, since PJ was in diapers, you’ve been working your magic. And those of us still here owe you a huge debt. And even though you’ll always be a part of the family & I know you’ll stay in touch with many, your departure marks the end of an era. Thanks to you & those other true-blue PJ’ers destined for or already up on the Wall, we’re left with the legacy of caring & customer service that makes us who we are.