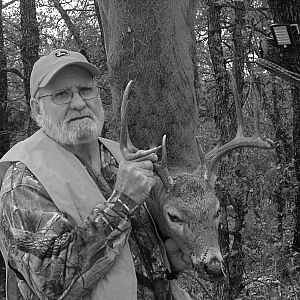 Wade's career began in the US Army and later he worked for International equipment dealers in Texas and Georgia and ran a small grocery store before landing in the service department of Hopeman Equipment in Duncan, OK where he became the shop foreman until the branch was closed because of an oil bust in the '80s.

Wade has been much more than a mechanic at PJ, his wealth of information has amazed me many times with his ability to figure out just about anything. He is a go-to guy for both employees and customers and is responsible for teaching several of the OKC techs most of what they know.

There are a lot of "Wade" stories out there, things he's done or said and if you have spent much time with him it's pretty easy to believe that there might be some truth to some of them. I've known Wade for over 30 years and I can tell you they are all true. Wade has a genius about him that you just have to know him to appreciate and a knack for mischief that is alive and well even though wisdom now keeps him out of jail.

Wade, it's sad to see you go but you've earned a rest and there will always a beer for you whenever you come around.