This article was originally published on September 23, 2022, in Waterways Journal, here. Palmer Johnson is proud to have supplied the Veth Z Drives, a Twin Disc Product, and Auto Maskin Control Panels for the Robert S. Wilkins.

An enthusiastic crowd of about 300 people turned out at the Jerry F. Costello Lock and Dam, at the mouth of the Kaskaskia River, on September 9 to inaugurate a brand-new towboat and to honor its namesake. The Robert S. Wilkins, built for Southern Illinois Transfer Company (SITCO) at Kaskaskia Shipyard, is the first towboat built in compliance with Subchapter M regulations in the Sector Upper Mississippi River.

The man they were honoring retired on September 30, 2020, after a career of 46 years and 11 months spent working for the Corps of Engineers. Wilkins was repeatedly described as a legend by speakers including Kurt Johnson, CEO of SITCO. Wilkins played a key role in the revival of commercial traffic on the Kaskaskia River, which was threatened as a commercial waterway in the 1990s.

The christening took place in the afternoon for a small group of guests, including the Wilkins family, and the crowd showed up for the Kaskaskia River Barge Cruise, an annual event to showcase the Kaskaskia to the public and stakeholders. This was the first cruise since COVID-19 temporarily halted them in 2020. Wilkins, his wife, Judy, and their extended family—his son Nathan and wife Brandi; his daughter Jenny and husband Paul; his daughter Becky and husband Jacob; and grandchildren Elaine, Addie, Grayson, Jackson and Effie, ranging in age from 3 to 14 years old—arrived earlier in the afternoon for a private tour and boat ride aboard the new boat.

The minister who offered the blessing, the Rev. Jess Biermann, is associate pastor of Trinity Lutheran Church in Edwardsville, Ill.

Designed and built at Kaskaskia Shipyard Inc., the Robert S. Wilkins’ hull is 68 feet long with a 28-foot width, a 9-foot, 6-inch hull depth and a working draft of 8 feet, 6 inches. Its official completion date was September 6, and it received its certificate of inspection (COI).

It has tankage for 15,400 gallons of fuel, 2,600 gallons of water and 120 gallons each of lube oil, gear oil and hydraulic oil. It features a retractable wheelhouse to enable passage under bridges in the upper reaches of the Kaskaskia at high water and a Veth Z-drive propulsion system supplied by Palmer Johnson Enterprises. The pilothouse eye level is normally 31 feet. The boat is powered by two Mitsubishi 803 hp. engines, provided by Laborde Products. As Johnson noted in his remarks, “That’s one horsepower below 804 hp., which would have triggered mandatory compliance with Tier 4 standards.” Mitsubishi also provided the heating and air conditioning system.

In most respects, the Robert S. Wilkins is similar to its sister vessel, the Karl E. Johnson, which locked through pushing two covered barges earlier in the afternoon. The Wilkins has two auxiliary John Deere 64 kw generators. Fernstrum provided the engine cooling system, and Auto Maskin provided the engine alarms.

The steering system is electric over hydraulic. Wintech provided the 40-ton winches. Deck lines were Kevlar instead of wire; Johnson noted that they are more expensive than wire but lighter, easier to handle and safer for the crew. Johnson singled out the Veth Z-drive propulsion with 55-inch wheels. He said that although the next boat being built for SITCO has a conventional propeller, he envisions most of the SITCO fleet eventually being made up of Z-drive boats, which he said offer 10 percent more thrust for the same horsepower than a conventional boat and are well suited for Kaskaskia River operating conditions.

Bob and Judy Wilkins remained aboard the barge for the cruise so that Wilkins could experience the boat’s first lockage into the Mississippi River. Once the boat got underway, Subchapter M regulations meant that guests could no longer wander freely on the boat, as on past barge trips. Guests enjoyed an excellent fried chicken dinner provided by the Knights of Columbus in Evansville, Ill., served by LKSI volunteers as the boat cruised upriver and back. The Asian carp—or copi, as they have been renamed by Illinois officials—were relatively quiet this trip, with only a few jumping at the head of the boat.

As the barge trip was underway, Wilkins got a last surprise as Rep. Mike Bost read aloud the tribute he gave Wilkins on the floor of Congress on September 9. He then handed Wilkins a signed copy of the Federal Register for that day that included the testimony. Col. Kevin Golinghorst, commander of the St. Louis Engineer District, also offered praise of Wilkins’ service.

Wilkins served in and around the St. Louis District for his whole career. He began in the district office in 1975-6, became assistant manager at Carlyle Lake from 1977 through 1979, returned to the district office and went back to Carlyle Lake in 1993 as project manager. Carlyle Lake, the largest manmade lake wholly located within Illinois, was formed by impounding the Kaskaskia River in Clinton County.

In the 1990s, Wilkins remembered, his project barely had any money. “The main conversation was, ‘How do we keep this thing going?’” he said in his remarks.

But if the Corps’ commitment to the Kaskaskia River basin was imperiled for a time, business never gave up on the basin’s potential. In 1992 The Material Works Ltd., an advanced steel coil processor founded by Kenneth Voges, opened a new facility near Kaskaskia Regional Port District No. 1 in New Athens. And in 2007, Johnson, along with partners Michael Howell and brothers Mark and Ronald Arbeiter, acquired the almost 50-year-old SITCO from the Brown family.

A major event for the river was the opening of the Prairie State clean coal energy campus in 2012. A big chunk of SITCO’s business today is transporting limestone for its stack scrubbers and outbound synthetic gypsum, about 1.6 million tons a year.

“When the stakeholders in this area realized the funding was to be cut, we formed the Lower Kaskaskia Stakeholders Inc.,” said Norma Hall, who was a ranger for Carlyle Lake when Wilkins was the project manager. In 1999, with Wilkins’ approval, she applied for an American Heritage River grant, which many credit as the start of the turnaround in federal interest in and support of the Kaskaskia Navigation Project. After a meeting in the lower Kaskaskia, she helped form LKSI in 1999 and continued to work closely with stakeholders of all three federal projects: Carlyle Lake, the Kaskaskia Navigation Project and Lake Shelbyville.

The formation of LKSI marked the beginning of the revival, according to local stakeholders, which include the Kaskaskia Regional Port District, SITCO, Gateway FS and The Material Works, along with local mayors, power plants and marinas. LKSI went to work lobbying Congress on the importance of the Kaskaskia River. In 2000, the project was given permanent orders with the newly renamed Carlyle Lake/Kaskaskia River Project.

In 1999, the LKSI held its first barge trip to highlight the benefits of the river to the entire region, to demonstrate unified stakeholder support and to gain support from federal, state and local politicians and agencies. In 2000, as a watershed ranger, Hall took over as chairperson of the LKSI barge trip. After retirement from the Corps of Engineers, she continued as volunteer for a total of 20 years as chairperson and organized the annual barge trip.

Hall said she is especially proud of an agreement she helped negotiate between the Department of Justice and the Corps of Engineers to use federal inmates on federal property, first women from the work camp of Greenville, then men, to do unfunded maintenance work on Carlyle Lake. The agreement was the first of its kind and earned Hall and Wilkins the “Hammer Award” from then-Vice President Al Gore.

The Kaskaskia Lock and Dam’s name was changed in 2014 to Jerry F. Costello Lock and Dam, honoring a key congressional supporter for many years. The Kaskaskia River was recently recognized as the 70th largest port and the 15th largest inland port in the country and is now included as part of the American Marine Highway Program. The tonnage moved through the port annually went from a low of 404,000 tons in 2000 to 1.86 million tons in 2022, and more is expected in the near future.

“This little inland river, the Kaskaskia River, and its importance will be known throughout the Corps of Engineers and state of Illinois forever,” Hall said.

In past years, Kaskaskia boat trips often ended with fireworks, but this year, as the boat landed at its ramp, guests were greeted with an array of flashing lights from local first responder vehicles and a huge American flag suspended from a crane in the cool evening breeze, as Ray Charles’ version of “America the Beautiful” was piped in. 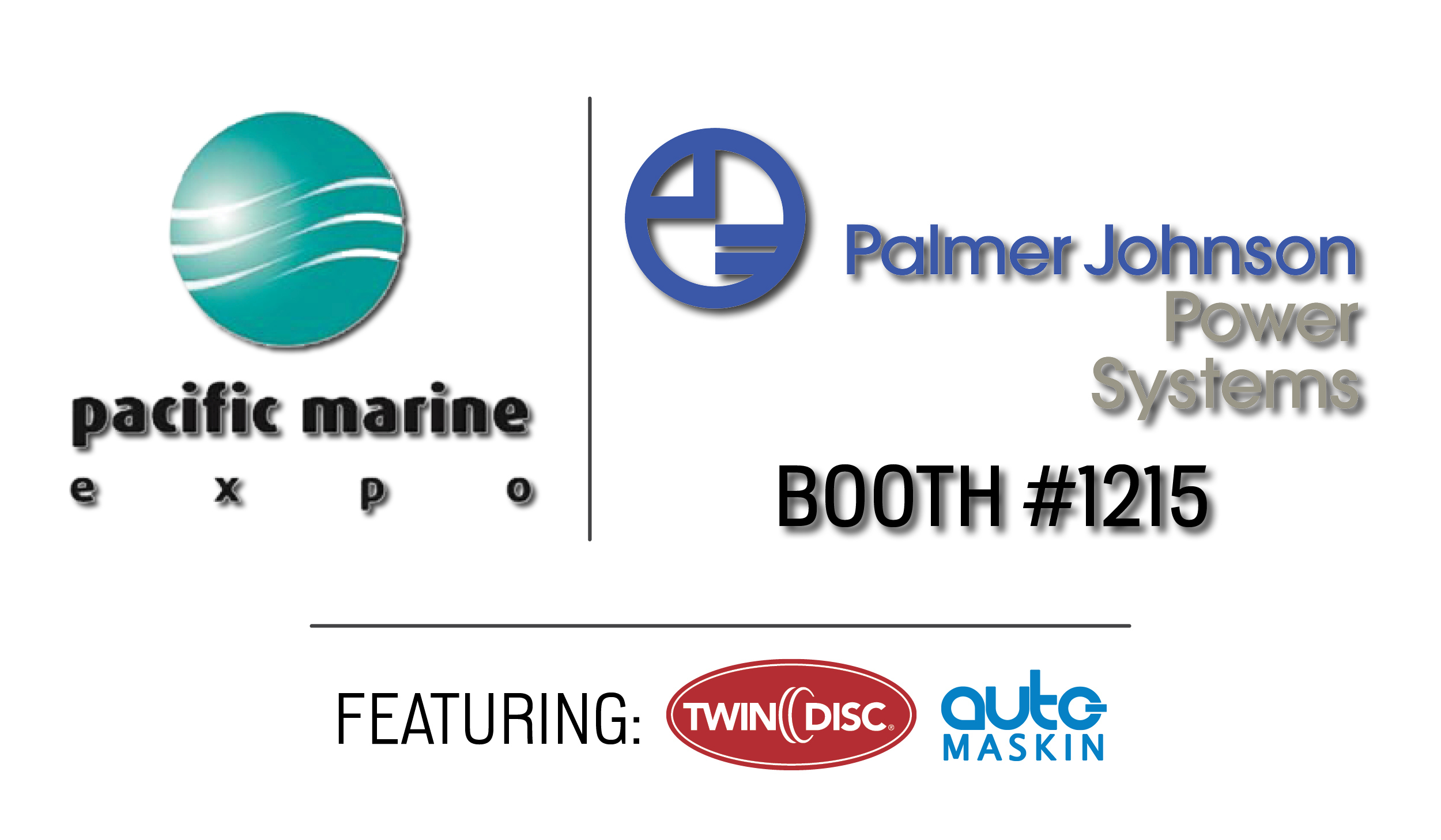 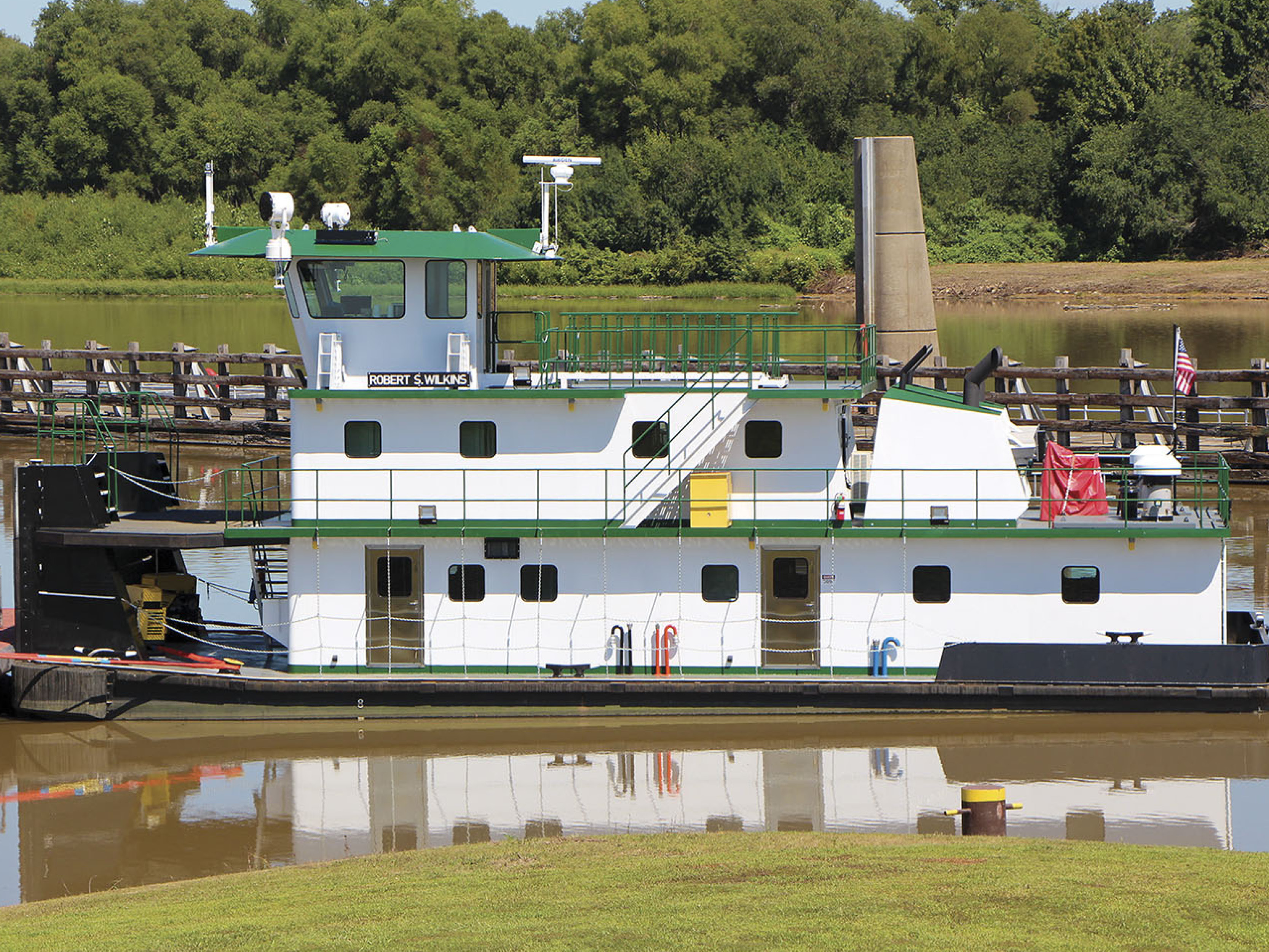 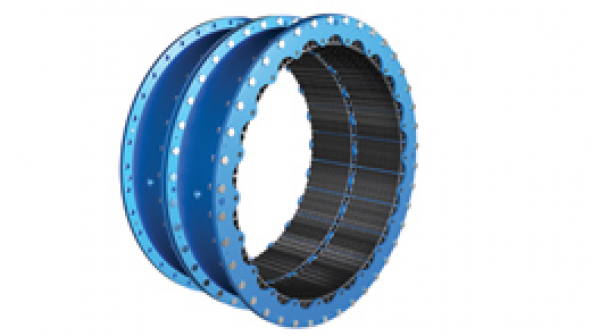