Sheplers Mackinac Island Ferry is a company that takes family and tradition seriously. But, when it came around to designing their newest vessel, the third-generation family owners broke from the past. Rather than using the conventional propulsion method, Sheplers ultimately went with water jets on the William Richard. Last fall, the vessel finished final trials and is currently experiencing its first full regular summer season, with daily trips to and from Mackinac Island.

The propulsion method for Shepler's current fleet is by typical prop shaft and propeller. When the ferries go in and out from the docks in Mackinaw City, the pilots are constantly challenged by the lack of water space for moving the ferries.

The Great Lakes can also fluctuate significantly in water depth, meaning their current propellers can hit objects when the water is low. Shepler's Ferries have had challenges with constant repairs of propellers. These are costly repairs over time due to the repair cost itself and, more importantly, potentially affecting operation times for their customers.

When Sheplers was designing their new ferry, they were trying to increase maneuverability, speed, and control while decreasing the cost of ownership. So Hamilton Jet stepped up to the plate with their HM461 water jets in conjunction with Seacraft Design, the naval architect for the project. Ultimately propulsion on the 84 foot William Richard comes from four Yanmar engines driving the HamiltonJet HM461 waterjets through Twin Disc MGX-5146SC gears.

With this propulsion method, pilots have increased maneuverability in the dock area. Essentially they can move the boat sideways. The water jets also work exceptionally well in shallow areas, reducing repair costs. In addition, the water jets allow the ferry to “get on plane” faster, which helps increase their operational efficiencies and keeps their boats on accurate schedules throughout the day.

What Billy Shepler, Fleet Captain, has to say:

“When we decided to have a new ferry built for our operation, we concluded that water jet propulsion would give us better maneuverability around our dock areas, increased efficiencies with our daily ferry schedules, and less downtime for repairing damaged propellers. All these items add up to better service for our customers.

When it came to deciding on a water jet manufacturer, we chose Hamilton Jet. They have a deep history with water jets, which is what their entire business is built around. They are the experts, and we know we'll continue to get great service from them. Their continual support, along with Palmer Johnson Power Systems, made the process as smooth as possible during the planning stages. We are very excited for our first-ever water jet boat!.”

Winner of the Hamilton Jet Project of Significance Award (2019)

Back in 2019, prior to the William Richards competition, Palmer Johnson won the 2019 Project of Significance Award for partnering with Shepler's Mackinac Island Ferry for the William Richard. There are four main reasons this project is significant for all involved:

2. First Hamilton Jet ferry project in the US Great Lakes.

4. One of the first vessels to have the brand new HJ AVX control system. 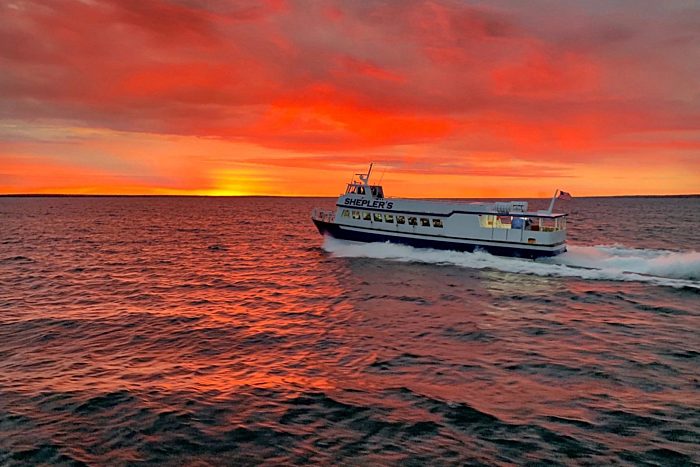 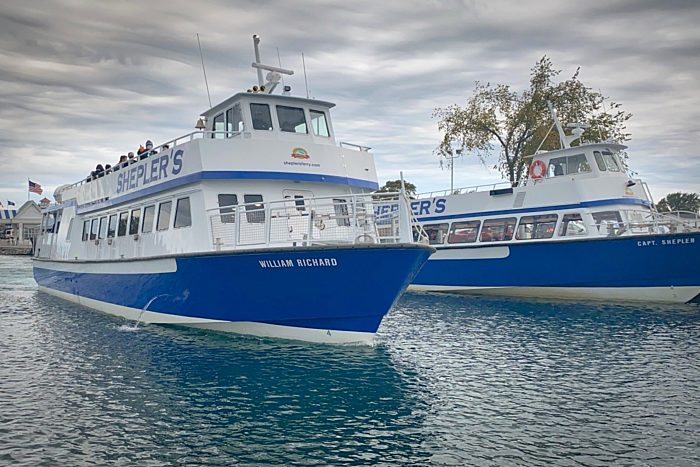 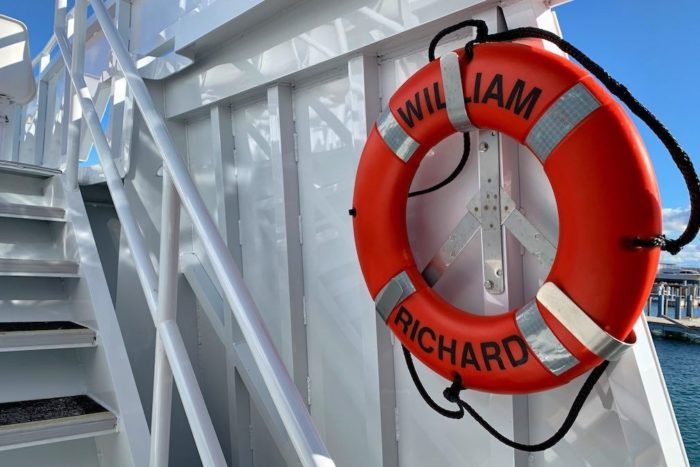 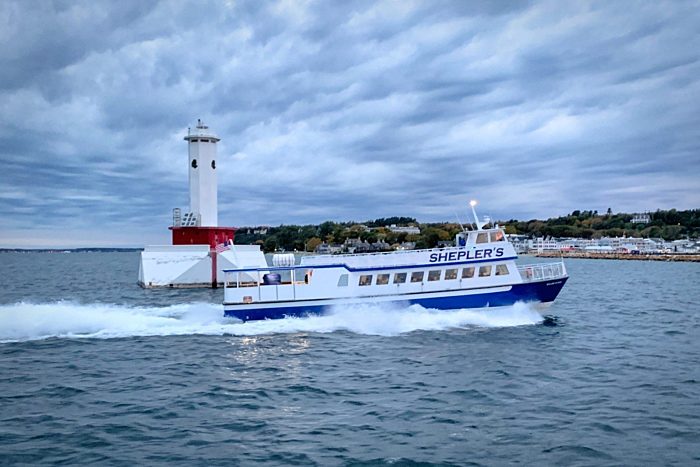 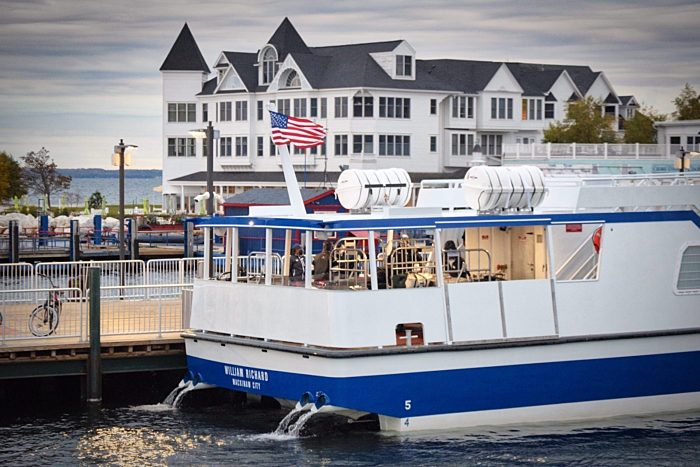